Architects from around the world are to compete for the chance to not ruin one of the North East’s best pub views.

The award winning Free Trade Inn, on St Lawrence Road in Byker, currently enjoys an uninterrupted panorama east along the Tyne to the Newcastle bridges and Baltic art gallery in Gateshead.

But developers are again looking to build on vacant land on the riverside below the pub, with building work on a £15m block of up to 50 apartments, a cafe and a restaurant to begin as soon as summer 2015, raising fears that the vista could be affected.

Yet the new project’s development director David Roberts says has made the designers – from internationally-renowned firms in London, Edinburgh, Paris and Berlin – aware that views across the Tyne must not be compromised.

“This is why the architectural design competition is so important,” Mr Roberts told The Journal newspaper. “It’s about how architects can come up with a creative solution to historic unhappiness with previous proposals.

“As the gateway to Ouseburn, Malmo Quay will be a high-profile development and we are looking for imaginative ideas that combine the character of the Quayside with the creativity of the Ouseburn Valley.

“We have invited nine world class architectural firms to submit their designs, based on a combination of our previous experience, new firms we had researched and recommendations from people we respect.”

In 2008 plans by Taylor Wimpey for a 13 storey block, including offices and 80 flats, were turned down by Newcastle City Council amid widespread opposition from local people and customers of the Free Trade.

However the plans were given the go-ahead by a Government inspector following an appeal and a public inquiry – which in turn led more than 1,300 people to sign protest petitions claiming the scheme would lead to loss of views and to traffic and parking problems.

Ultimately the developer abandoned its plans and the land is currently owned by the city council, which has welcomed the latest proposals for and eight storey block, which would also provide a new home to the nearby Cycle Hub.

Council leader Nick Forbes said: “I am looking forward to seeing some exciting proposals from these world class architects.”

Northern Architecture’s managing director Lowri Bond will help organise the contest and sit on the selection panel alongside David Roberts, Paul Snedker of The Cycle Hub, architect and building conservation specialist Cyril Winskell and a representative from the North East Design Review Service.

The judges say they are looking for designs which “complement the urban village ethos and character of the Lower Ouseburn Valley.”

All entries for the competition will go on show during the Ouseburn Festival on July 5 and 6. The local community will then be consulted as plans for the scheme are prepared for submission to planners in November.

A spokesman for the Free Trade Inn was contacted for this article but declined to comment at this time. 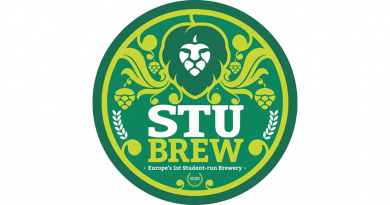