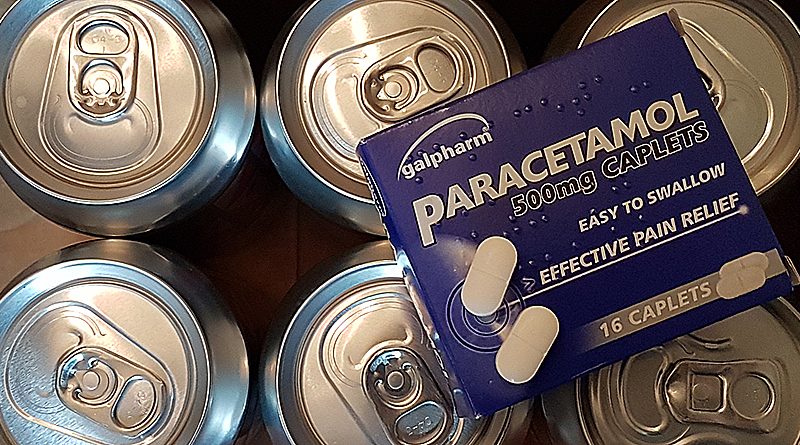 The claim, based on research by the University of Greenwich, was covered by the Metro, Independent, The Sun, Express, Daily Star, Mail Online and others below headlines claiming two pints “can cut pain by a quarter.”

Unfortunately however for those looking to trade in their tablets for a tipple, the reality doesn’t quite stack up.

There are two problems in the headline grabbing claim that pints are better than pills – the incredibly varied way in which alcohol affects different people, and whether it is even possible to compare the analgesic effects of booze to the sorts of over the counter painkillers you might find by the checkout of your local supermarket.

Study lead Dr Trevor Thompson, of the university’s Faculty of Education & Health, claims that: “Consuming around four units of alcohol – about two pints of beer or medium glasses of wine – resulted in a drop of 24 per cent drop in people’s pain ratings.”

Yet his own paper – a study of 18 other pieces of research, which was published in the Journal of Pain – found that you need to raise a person’s blood alcohol content to 0.08 percent – the drink drive limit in England, Wales and Northern Ireland, and 60% over the limit in Scotland – to give the body a “small elevation of pain threshold”, and a “moderate to large reduction in pain intensity.”

But who, on two drinks, would reach the supposed painkilling threshold? It all depends on factors like your weight, age, sex and metabolism (the rate your body uses energy), the type and amount of alcohol you’re drinking, what you’ve eaten recently and your stress levels at the time.

From across the Atlantic, the Texas Alcoholic Beverage Commission produced tables to help legislators understand the basics, which show simply how weight might affect the situation.

In terms of the second issue, Dr Thompson admits that based on the limited information he was looking at there’s no way to back up a claim that beer or paracetamol are any better than each other.

“Evidence from other studies is somewhat patchy regarding the effectiveness of certain over-the-counter painkillers for the type of experimentally induced pain we looked at,” he said. “We were not able to make any direct comparisons with these drugs due to limited available studies.”

And of course there is the elephant in the room that if you start regularly self medicating with alcohol to control pain it can lead to other problems.

UK government guidelines for low-risk drinking indicate that people should consume no more than 14 units of alcohol a week for both men and women – If two pints of 4% beer is 4.6 units, and that equals two paracetamol, then you’d only be able to take the equivalent of three doses in seven days before surpassing that.

“The amount of alcohol consumption needed to provide any sort of sustained, long-term pain relief could lead to a range of serious health problems, and even increase the likelihood of developing a long term persistent pain condition,” Dr Thompson said.

So is beer as a painkiller a total bust? Well no, if scientists can work out a way of isolating the painkilling properties suggested in this study.

“It is clear that alcohol may provide potentially strong pain relief,” said Dr Thompson, whose analysis found that for every 0.02 percent blood alcohol content (BAC) increase beyond 0.08 there was an increase in painkilling effect.

But just how alcohol has such an effect is not clear. One theory is that it may act on the same nerve receptors as drugs like ketamine, to blunt the sensation of pain. Another idea is that it may reduce pain indirectly by lowering anxiety levels.

Researchers say the hope is that it may be possible to produce novel painkilling drugs in the future by isolating the key compounds responsible for the painkilling effects, but without the toxic, addictive or harmful effects of alcohol itself.

In the meantime we’d suggest sticking with the painkilling pills, and enjoy drinking your beer.