BT Sport have signed an £897m three-year deal to show all 350 Champions League and Europa League games each season from 2015.

And that means for the first time, in follow all your teams matches should they go on a Middlesbrough-style run to the final – or crash out in the quarters like Newcastle – you’ll either need to sign up to the telecoms giant’s offering or find somewhere else to tune in.

Last season ITV4 saw up to 1.51m for it’s early season Europa League games featuring teams including the Magpies, while a game like Manchester United’s exit from the Champion’s League last March drew more than 9m.

Currently the BT Sports channels only have around 2m subscribers and even with more sign ups for the company’s broadband service, which currently bundles them in for free, and the firm offering at least one game per season for each team free-to-air, it would still seem to leave millions of fans without anywhere to watch the match.

Except of course it doesn’t – they could go down the pub.

That’s potentially tens of thousands, if not hundreds of thousands of people going out, having a pint and supporting not only their team, but also their local pub on usually more quiet Tuesday, Wednesday and Thursday nights.

So far everyone seems to be looking at what the deal means for Sky, or whether BT has paid over the odds for the rights – but the knock on effects could be immensely positive should the pub trade capitalise on it, and those extra sales could be the difference between life and death for some busiensses.

The Champions League for 2015/16 doesn’t kick off for more than 600 days, the challenge seems now whether landlords can prove they’re playing with the best or relegation fodder. 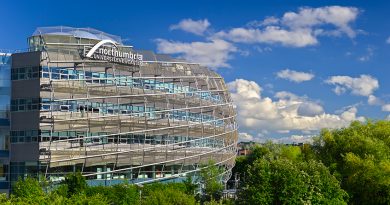