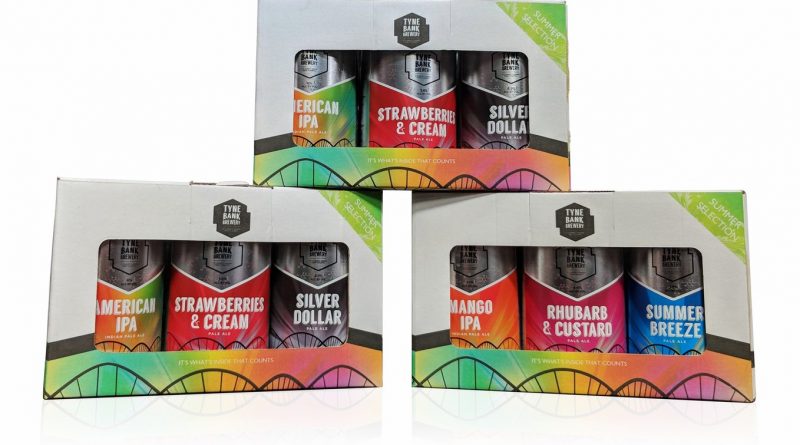 Tyne Bank Brewery is celebrating after striking a deal with Booths to stock its beery gift sets in 22 of the supermarket’s stores.

The beer maker, from Byker, Newcastle, will see cans of its Summer Breeze pale, Silver Dollar IPA, American IPA, Mango IPA, Rhubarb and Custard, and Strawberries and Cream ales available, with the food and drink retailer describing the beers as “treasures.”

Tyne Bank Brewery owner Julia Austin said: “We are delighted that our gift set is being stocked in Booths stores.

“Booths are a well-respected brand in the food and drink industry, and so we are thrilled to have been recognised by them as a quality, local producer.

“Do look out for our gift set in a Booths near you and be sure to let us know what you think.”

Pete Newton, Booths beer and spirits buyer, said: “The decision to stock Tyne Bank Brewery was an easy one as they are one of a collection of great, Northern breweries.

“We pride ourselves on quality and stocking Tyne Bank Brewery allows our customers to discover treasures on their own doorstep.”

What Tyne Bank Brewery beers are in the gift set?

Summer Breeze – 3.9% Pale Ale – Brewed with Asian root ginger and lemongrass, to give a citrusy character.

Hungry? Check out our simple recipe for a beer panna cotta using a can of Tyne Bank Brewery’s Strawberries and Cream.