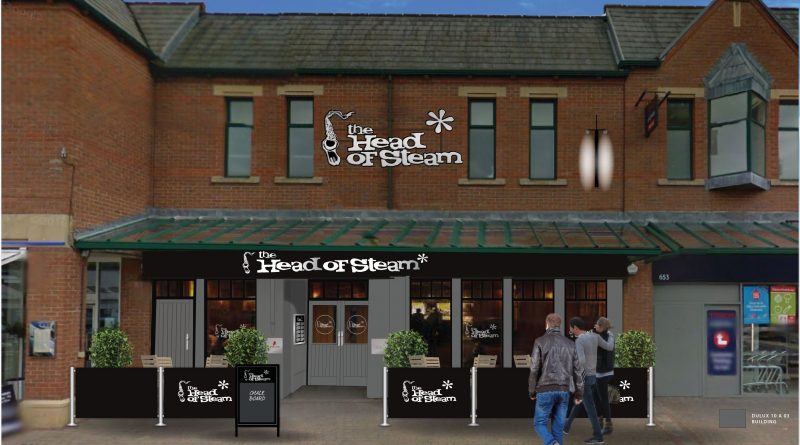 Camerons Brewery is to open a twelfth Head of Steam pub – taking the North East chain of taverns to the suburbs of Manchester.

Less than four years after taking over the Tyneside based group, which included Newcastle’s The Cluny and Tilley’s Bar, Gateshead’s The Central, and three HoS pubs, the Hartlepool brewer is to open a new site in Didsbury.

Camerons chief executive Chris Soley said: “We have been looking at a number of venues across the North West and we identified the Manchester area as one of the key places we wanted to open a new site in.

“Didsbury is a very popular town and we feel our The Head of Steam venue will be another excellent addition to the fantastic range of bars and restaurants in the area.”

Camerons will begin work on the former Sanctuary venue, which has been closed for 4 years, in December, with it hoped the new bar will open in February 2018.

The new Head of Steam will have 19 keg lines and eight cask ale pumps, including a rotating selection of beers and cider.

Food on offer is set to include a brunch menu, deli boards, “British pub classics” like fish and chips, and – to complement a selection of American beers – a range of burgers and 12 inch hot dogs.


The new pub will follow the recent opening of The Head of Steam Liverpool on the September 21 plus the recent refurbishments at other Camerons bars – the Brewery Tap in Leeds and the Eagle & Child in York.

But the company is still looking to further expansion.

“We are currently viewing a number of other potential sites across the UK as we look to continue our expansion of our retail pub estate,” said Chris.

The Head of Steam in Didsbury will open in early February 2018.