TYNESIDE and Northumberland Campaign for Real Ale members have voted for more of the same, adding just one new face to their committee for 2013.

The group, which claims to be around 1,300 strong, saw just 58 eligible voters turn up to vote for the 13 branch leading roles at its AGM in the Chillingham Arms, in Heaton, Newcastle.

And, with most of the positions uncontested, even some of those up for election did not put in an appearance, while members who attempted to vote in advance by email, or who arrived having forgotten their membership cards, were told they could not take part.

New social media officer Matt Dinnery, 22, the only person on the 2013 committee who has not previously held a position, said he was disappointed not to have succeeded in his attempts to unseat former branch chairman Richard Dollimore as secretary, but accepted that the members present had “voted for those who best represent them at this time.”

“I’m obviously disappointed but I did become social media officer and I’ll be using the role to make sure the committee perform to a high level and fulfill their duties to the branch, representing all its members and not just the few that turn up to meetings.

“But at the same time I hope to use the internet to improve people’s knowledge of what’s happening in meetings – possibly by live tweeting them – and also feeding back the views being expressed about the branch via social media.”

The last 13 months have been a difficult time for the Tyneside and Northumberland Camra branch with its membership secretary, technical officer, newsletter editor and social media officer all resigning, and it’s secretary moving to another branch. And two people who were set to be co-opted onto the committee walked away after a heated meeting in which longer time members rejected efforts to modernise the organisation.

At the AGM treasurer Gary Hinson also revealed that sales, sponsorship & income all fell at last year’s Newcastle Beer Festival – though thanks to more people visiting it and lower expenses the event still made a profit of almost £2000.

Members were then asked to choose, by secret ballot, between Alan Stobbs and incumbant Ian Lee for chairman, Phil Gill and current membership secretary Gordon Heal, former press and publicity officer Martin Ellis and 2012 postholder Neil Harvey, and events manager Matt Dinnery and former chairman Richard Dollimore for secretary. For all other uncontested positions members were given a yes/no vote.

The Tyneside and Northumberland Camra committee for 2013 is: 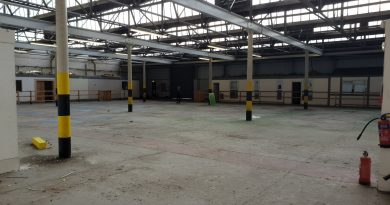