Hardknott brewery is set to take over the taps at Newcastle’s Free Trade Inn bringing together some of its strongest beers for the first time.

Brewer Dave Bailey, his wife Ann Wedgwood, and members of the business’ team from the south west Cumbrian town of Millom, will also be following their beer to speak to drinkers in the Byker boozer Thursday December 19.

“We’ll have at least five cask and more keg including a selection of very special strong beers, the first time in one place and guaranteed to turn a few heads,” said Free Trade manager Mick Potts.

“Some, such as Queboid and the infamous Vitesse Noir have been seen before, whilst there will be brand new beer including this year’s version of the perennial Granite barley wine – currently the strongest beer Hardknott have produced at 12.7%.

“Dave, Ann and the Hardknott team will be in the Free Trade on Thursday December 19 from 6pm to talk through their beers, journey to the forefront of modern British brewing and anything else that takes their fancy.

“They’re notoriously colourful folk so it promises to be an interesting evening.

“And there’ll be food on offer too, which seems only sensible when dealing with beers this big.”

The beer list is yet to be finalised, but the ales currently expected are listed below:

Golden IPA with zesty orange, peach and apricots with hints of caramel & honeysuckle

Belgique IPA with a citrus nose, fruity banana and syrup. Brilliant with fish or cheese

Barley wine that’s the strongest Hardknott beer so far. It will mature for years. 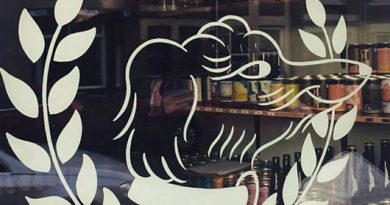 The Cumberland raises £1,500 for local homeless people at Christmas